CaringBridge / Evan Gibbons / Welcome
www.caringbridge.org
Through CaringBridge, you can be a part of Evan’s health journey by reading upda...See More
Posted by Ned Erickson at 6:25 AM No comments:

Life on the Preservation 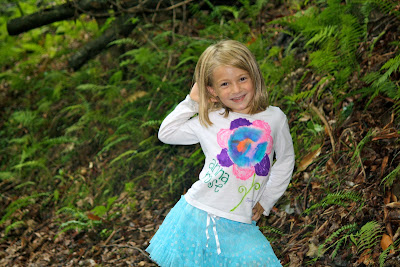 I had this great video. Anna Rose had just finished performing at "Cheer Dance Camp" and was watching two gals perform their own choreography to the pop song "What Makes You Beautiful" when my camera drifted down from the dancing girls to my daughter, bopping to the beat, completely unaware, while One Direction auto-tuned their way to the chorus... 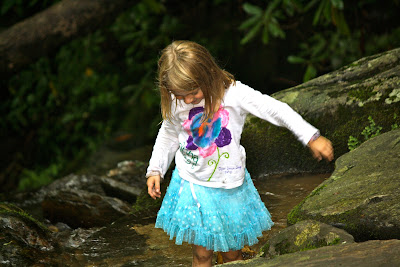 I couldn't wait to iMovie that bad boy onto the blog...in other words to cement the moment, preserve it for when she's gone off to college and I'm crying at time gone by and I need something to remember so I trace back through the archives and key up the "what makes you beautiful" moment...

The thing is I did wait to iMovie the bad boy. We watched it a few times on the television first. We waited for Mommy to get home from being out of town so she could see it. Which wouldn't have been so bad, except Anna Rose in her enthusiasm to see what else was on the camera, punched a few buttons and forever erased the video! 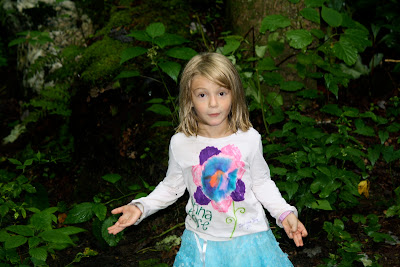 I cried. I seriously teared up. Because now what am I supposed to look at when Anna Rose is gone off to college?

Which is totally the reason I take so many pictures in the first place. Which is also totally (maybe not totally, but it's way up there) the reason why I blog.

Time is flying by, and I need to preserve it. 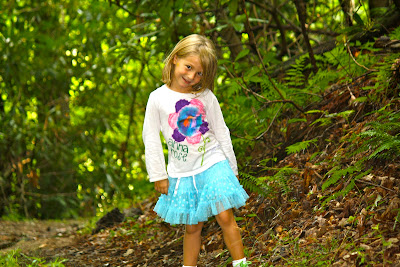 Why? I mean, why do I need to preserve it?

That's what I asked myself this morning. Because, and I apologize for the morbidity of the thought, time is going to run out. My time is going to run out. And even if the history that I keep for my family survives me, it will befall the same fate. No matter how well I preserve the past in pictures, those pictures will fade. Even those tubes and wires and mainframes that hold all my jpegs are not going to last. Anna Rose was going to outgrow that shirt anyway...

So what is the point? And maybe there isn't one.

So Ned, be grateful for what you have when you have it because you won't have it forever. The important stuff can't be bottled. Wrong buttons will be pushed. Life goes on...and yet nothing is entirely lost when you become thankful for it. 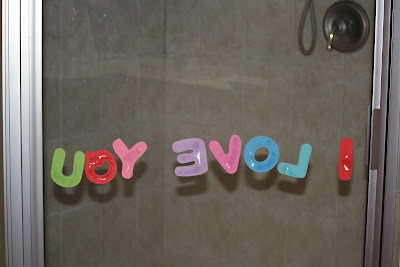 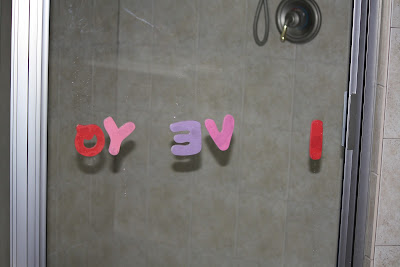 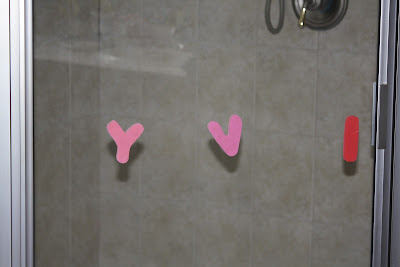 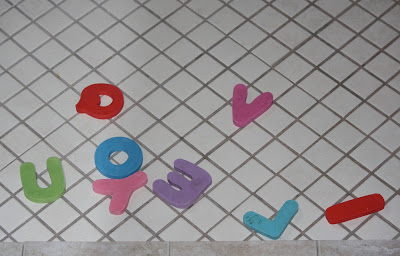 there's a meaning in here somewhere...besides the fact I haven't showered in a week.

Posted by Ned Erickson at 5:20 AM No comments:

The Year(s) of the Dog 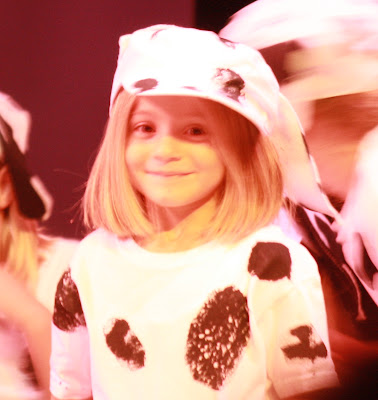 We're dog people, us Ericksons. We love Winnie. She's a great dog. She and I didn't start out on the best of terms, but over the years we've gotten quite close. She's hands down the best trained dog I've ever owned.

(I give partial credit to my friend Dan Soucek who taught me the trick that changed my life - in terms of dog training - do you want to know what it is? Sure you do! All right, I'm going to tell you, and you're not going to believe me, but you're going to try it anyway, and it's going to work! Here it is: Periodically, wrestle your dog to their back and bite their neck. It's true! It works. Don't let go until they relax, and you'll be their alpha dog for life. I'm serious. I told you you weren't going to believe me.) 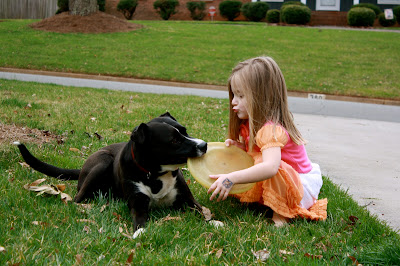 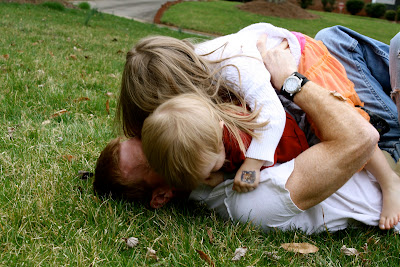 And the neck biting trick doesn't work on them... 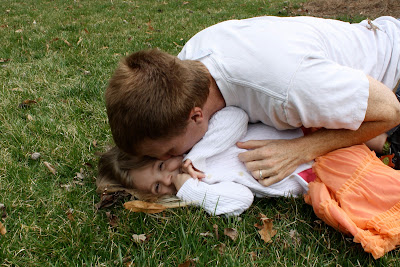 Anyway, none of what I've written so far has anything to do with the point of this entry. My point is this: dogs have been a theme this year, and not just any dogs, but dalmatians.


It started last October...oh crud...it actually started the October the year before...I guess I'll have to re-title this "The Year(s) of the Dog"... 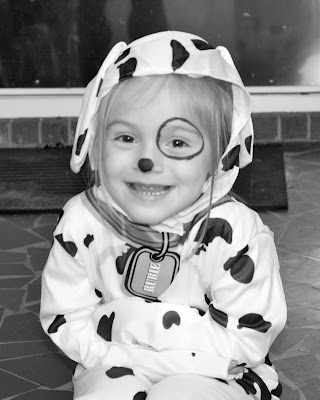 I keep this picture of Dave Dave and me at my office to remind me that I'm always being watched. 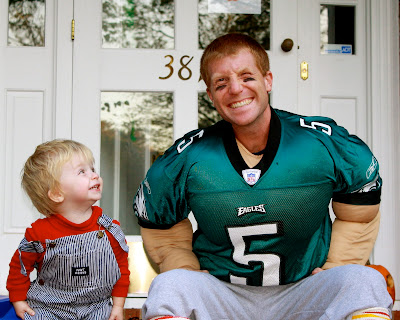 Back to Anna Rose. 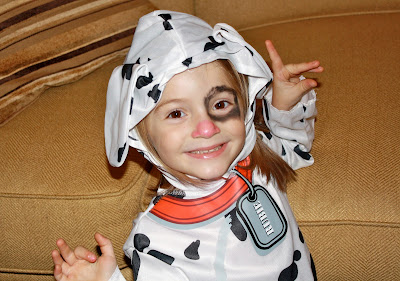 She loves dogs. Probably got it from watching her parents. She also loves pretending to be a dog. Probably got that from Winnie. Anyway, Anna Rose wears the fact that she was born in the Year of the Dog as a badge of honor. She plays "puppy"let's just say a lot.

Needless to say, when Lia and I found out that the Children's Theater was putting on 101 Dalmatians as part of their summer camp series, we immediately signed her up. It was her first all day camp. Fortunately, one of my newest Young Life dudes, Adam Chase, volunteered and made her/us feel extra special. Thanks Adam! 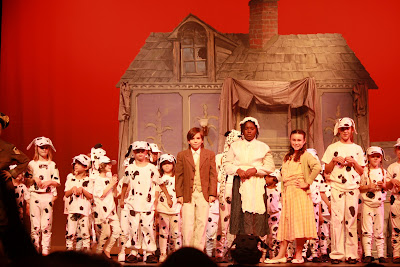 The show was spectacular. I came into it without any idea what to expect, but these guys did awesome! (Anna Rose is hiding somewhere in there. Maybe you can, but I can't find her.) 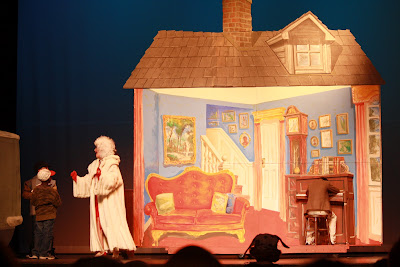 Cruella was quite fiendish for a twelve year old. The henchmen were adorable. 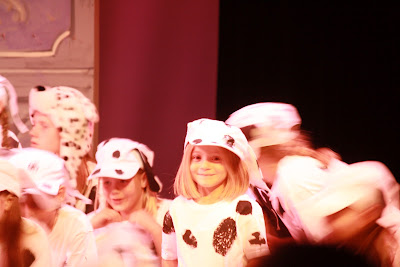 And Anna Rose was happy. 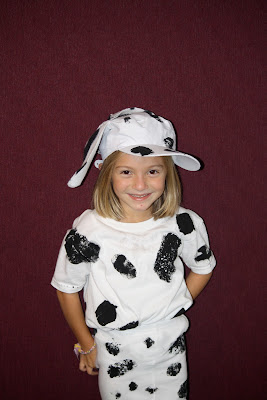 It was an exclamation point for what has become the Year(s) of the Dog!

Posted by Ned Erickson at 6:56 AM No comments: