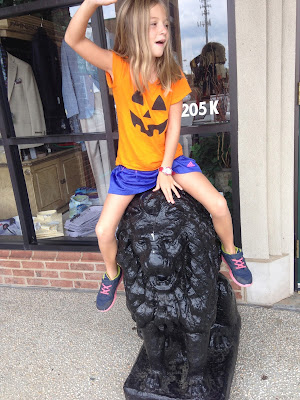 I don't think Anna Rose would mind me telling you this - she's the tougher of our two kids to parent. She actually prides herself in it. It's probably what will make her successful one day - and make me prematurely gray.

We were leaving the Back-to-School Bash last Friday when tears exploded from her face. "I don't want you to be my parents. I wish I was an orphan!"

What caused this declaration, you ask? Well, her father hadn't waited in line to get her a slushie. I had actually given her three dollars to get her own slushie, and to her credit she had given the money back after deciding she didn't feel like waiting in line.

"I don't know who you are. Because my real mom wouldn't be treating me the way you are treating me!" she screamed at Lia.

I held it together a good five minutes before I exploded: "I can't believe I spent thirty-two dollars to get two crying kids!" David was crying because he hadn't won the egg toss. "You know the one thing I have learned from all this? We are NEVER going to the Back-to-School Bash AGAIN!"

For better and worse, Lia and I had prearranged a babysitter to watch our kids so we could go out that night. It was a rough transition. By the time we got in the car, neither of us were in the mood to go out on the town.

But we did. It was worth it. I gave the babysitter a bit extra.

The next morning, Anna Rose was apologetic. "I was out of line, Dad." (Direct quote).

"Tell you what, Anna Rose, let's get a slushie this afternoon."

Which is what we did...right before we went to an Event for Cancer Research where there was a HUGE slushie machine...where Anna Rose got her second slushie of the weekend.

The next day, we went to a welcome-to-town party for a friend of ours, and before I had even put down my corn hole set, I overheard Scott Reed tell my daughter, "Hey, Anna Rose, want a slushie?"

On the way back to the car, Lia asked Anna Rose, "How many slushies did you deserve this weekend?"

"How many slushies did you get?"


Anna Rose blew us away last week. Her teacher had asked her class to write their parent's a letter for their parents to read that night at parent's night.

This is what Anna Rose wrote: 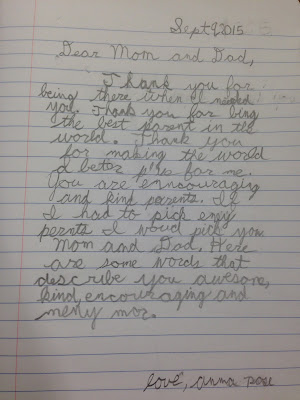 Now, before you start thinking - man, Ned and Lia must be doing something right - keep in mind our car conversation the following day...

We were heading home from the Back-to-School Bash. Anna Rose had been running around with her friends and didn't want to leave, but Lia and I had another function to get to so we had to pluck her from what she was doing.

"Where's my slushie?" she asked.

"I gave you money to get one and you gave it back," I said.

"So you could wait in line for me," she explained.

"That's why I gave YOU the money back," explained Anna Rose.

"Well I wish you weren't my dad!" shouted Anna Rose.

"I would have been better off if I was an orphan," mumbled Anna Rose...

It actually got worse from there...but I'm committed to keeping this PG.

Ahhhhh Parenthood. We can go from the highest of highs to the lowest of lows faster than you can split a watermelon with a battle axe. 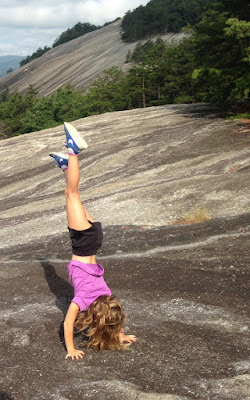 ...and I wouldn't trade it for anything.

Posted by Ned Erickson at 8:50 AM No comments: 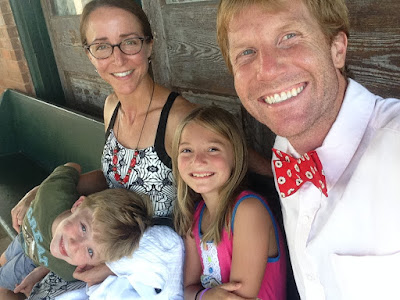 We were on the way to school, heading down Robinhood on the way to Silas Creek, when I overheard the conversation that was going on between Anna Rose and Dave Dave in the backseat.

I turned down the radio so I could listen.

"To be the me God says I am," said Dave Dave without hesitation.

"No," said Anna Rose, "It's to become the person God created you to be."

Dave Dave kind of looked at her like isn't that what I said, which it was.

"We all have unique personalities. That makes us all one of a kind," continued Anna Rose, "so we need to be ourselves because no one else is going to do it."

"That's the meaning of life," said Dave Dave, "To be who Jesus made you to be."

I chimed in at this point and said to them, "Guys, those are about the best answers I've ever heard..." 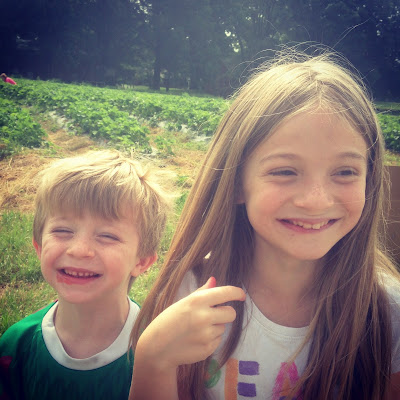 I turned onto Silas Creek feeling about as proud as I have ever felt in my life. 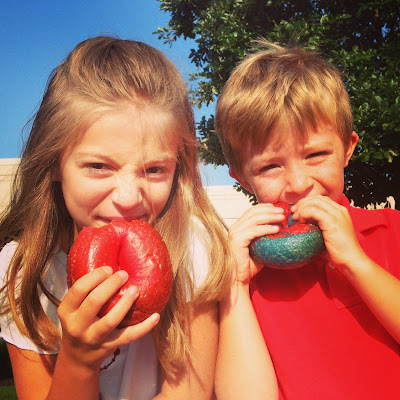 Friends, I have done a lot of things wrong, but could it be that somehow I did something right? 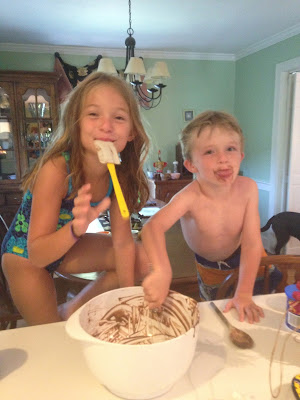 Anna Rose and Dave Dave - always remember to be the you God says you are - and I'll promise to do my best to do the same thing.