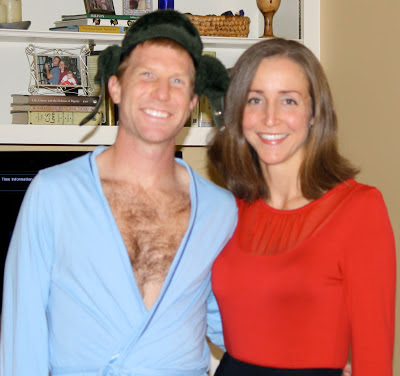 SQUIRREL!!!! Yes, Jenny Ryan even wore a squirrel...just one reason this year's Christmas Vacation party was the best to date. 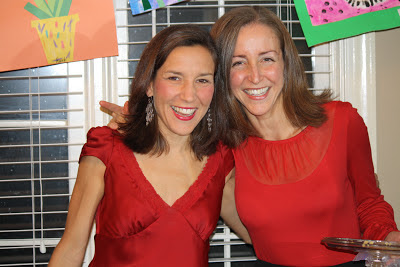 Lia and Allison both were Mary:
Mary: "That's my name."
Clark: No shit. 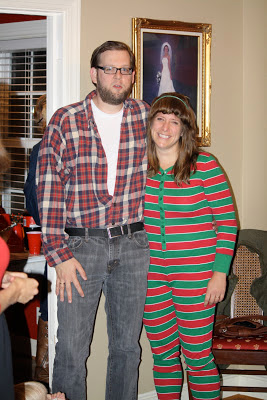 The Barnhills were a realistic Rocky and Ruby Sue:

(there's a lot of cussing in Christmas Vacation) 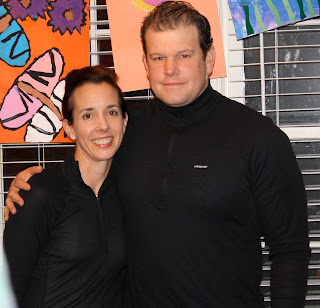 The Speakmans were a solid Todd and Margo:

Margo: And why is the carpet all wet, Todd?
Todd: I don't know Margo. 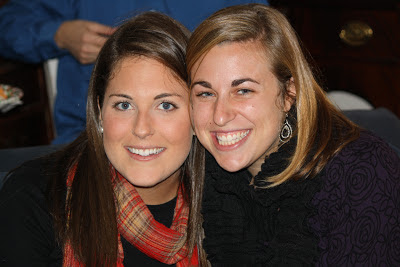 Some people didn't dress up. ahem. Catherine and Becky (they were also supposed to bring dates. ahem)

Sallie and John seconds before I took their picture: "And why have you not taken our picture?" All rightie, I aim to please. 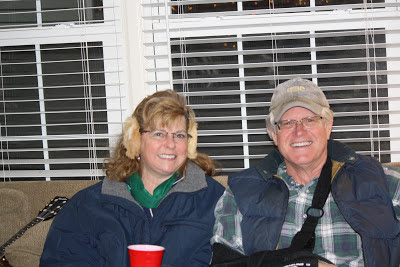 I did snap a better one of them. Sallie, I love you! I'll take down the other photo in a few days. : ) 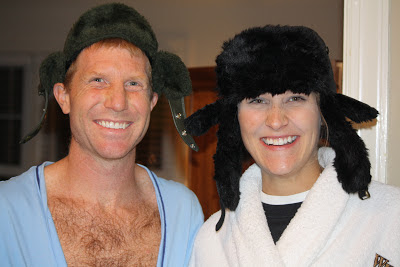 As for the Nedster, I rocked the Cousin Eddie with my new friend, Erica. Guess which one of us is carrying twins.

It's not a trick question.


Eddie: You surprised to see us, Clark?
Clark: Surprised Eddie?... If I woke up tomorrow with my head sewn to the carpet, I wouldn't be more surprised than I am now.
Here's to next year!

The Griswold, scratch that, the Erickson Family Christmas Tree 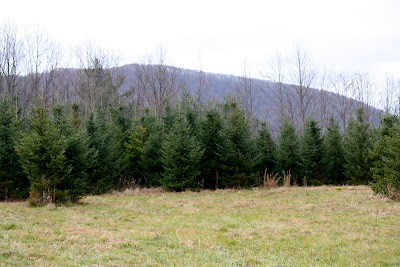 So ax and hatchet in hand, we set off to chop down the Erickson Family Christmas Tree. 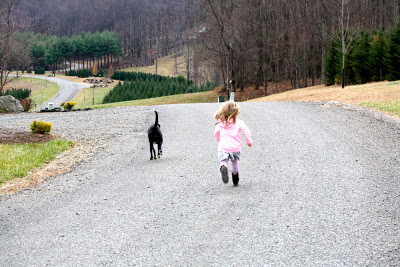 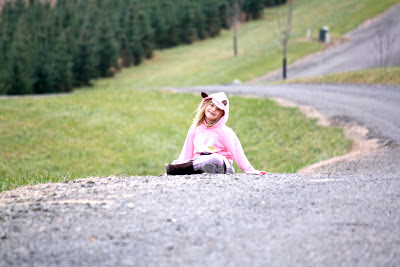 Clark: You see kids, this is what our four fathers did.
Audrey: I can't feel my leg.
Clark: They walked out into the woods, they picked out that special tree and they cut it down with their bare hands.
Audrey: Mom, I can't feel my hips!
Ellen: Clark.
Clark: Yes honey?
Ellen: Clark, Audrey's frozen from the waist down.
Clark: That's all part of the experience, honey. 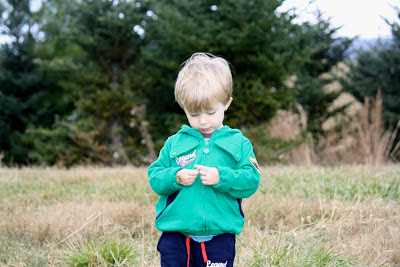 Rusty: Dad, didn't they invent christmas tree lots so people wouldn't have to drive all the way out to nowhere and waste a whole saturday? 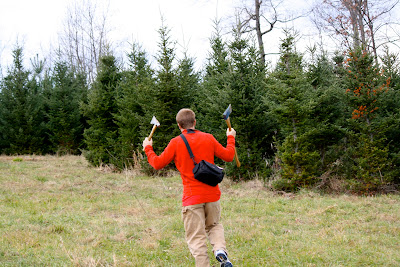 Clark: The Griswold family christmas tree.
Ellen: Isn't it a little big?
Clark: It's not big. It's just full. 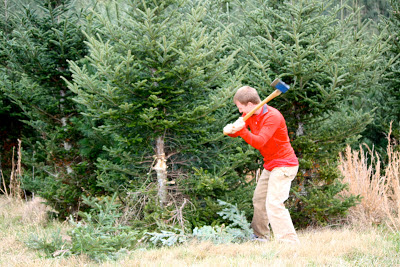 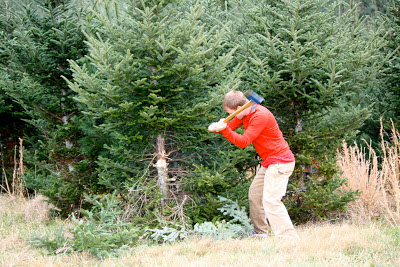 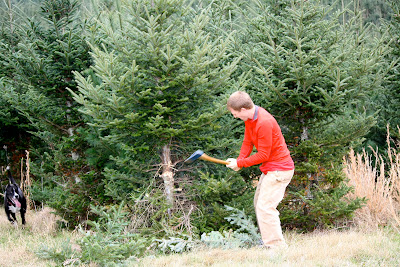 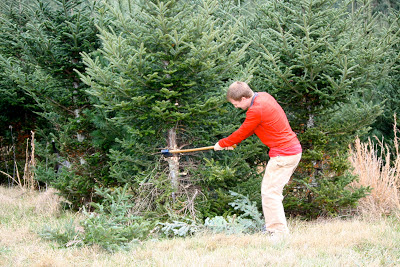 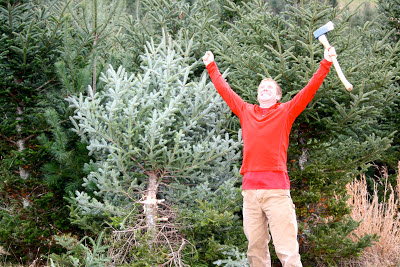 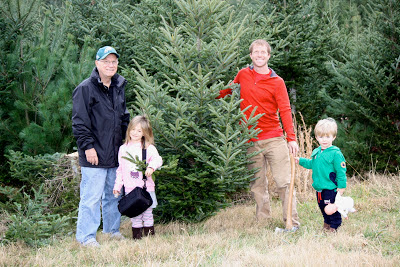 Rusty: Dad, this tree won't fit in our back yard.
Clark: It's not going in the yard, Russ. It's going in the living room.

Posted by Ned Erickson at 11:18 AM No comments:

So That's What Happens 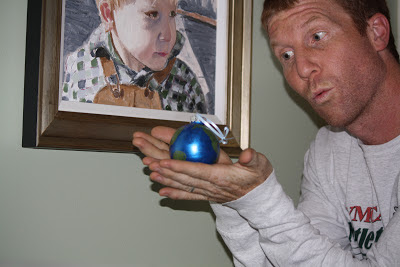 Lia signed us up for a Jesse Tree. If you don't know what a Jesse Tree is that makes two of us.

From what I gather it's like an advent calendar without the little doors you open or the treats.

Instead, you hang ornaments on a Jesse Tree, which is basically a Christmas tree without ornaments until you put them on.

The ornaments are what you have to sign up for apparently. Lia and twenty-four other "couples" (women) each craft twenty-five of the same ornament - a la Henry Ford - then pass them out at "the ornament exchange."

Lia made the world. Anna Rose and she painted clear globes blue then Lia painted on all seven continents (all green). Our worlds are post Global Warning. I say our because Lia convinced me to go along with her to "the ornament exchange" even after I explained to her that I was pretty sure I was going to be the only male in attendance.

In order to ensure I was wrong, Lia invited our friends Barnes and Elizabeth out to dinner beforehand. They (Elizabeth) were also participating in the Jesse Tree. So it ended up being me and Barnes along with all the women.

There we were, eating our tiny cakes from Dewey's bakery and sipping our non-spiked lemonade while we sat around and ooo-ed and aahhh-ed at everyone's ornament. (Lia's kicked ass by the way).

All the while I kept thinking to myself, so this is what happens at those baby showers Lia goes to.

By the end, I was ooo-ing and aaahhh-ing as much as the rest of them. I couldn't help it; some of the ornaments were so adorable.

Jesse Tree season begins December 1. So you still have time to join the party. 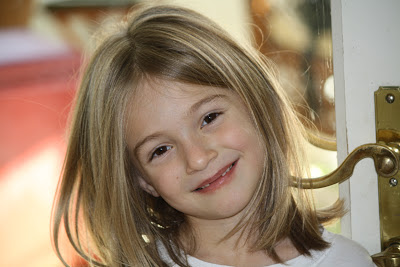 Just in time for Christmas, A-Ro has lost her two front teeth. 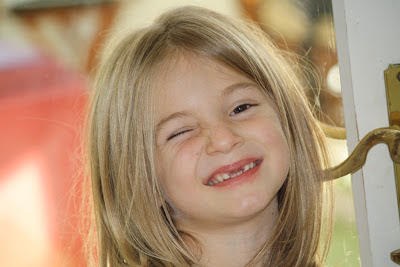 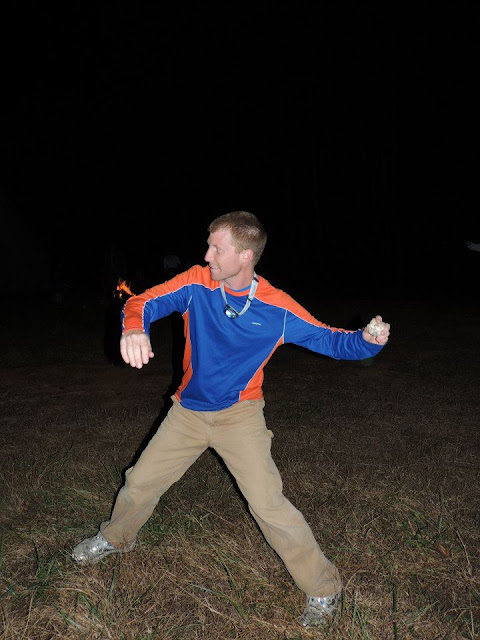 Couple weeks ago, I went on a retreat with some high schoolers up at the Vineyard. We had an awesome time.

But all my awesomeness in the end was trumped by Jet-Puffed Jumbo Mallows. They're about three times the size of regular marshmallows, and frankly at first,  I was disappointed with them.

I strongly believe that marshmallow roasting perfection is a golden brown exterior and a completely gooey middle. Those of you who believe that charred marshmallows taste best are simply impatient. That's all there is to it.

Unfortunately, these giant marshmallows make quality roasting nearly impossible. And I was beleaguering the point to my friend Charles when all of the sudden he chucks a jumbo puff across the fire, hitting his daughter in the face.

"Dad!" she cried, picking up the marshmallow and chucking it back. It made a nice, satisfying thud. The next thirty minutes were the best fall snowball fight in history.

I can't remember having a better time with marshmallows.