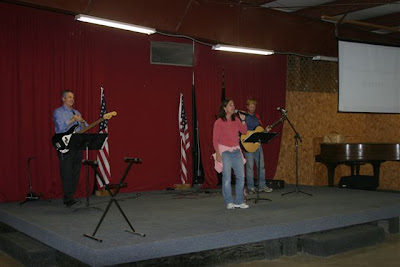 Recently, I was given the opportunity to hang out with the Redeemer School's middle schoolers for the weekend. In addition to playing in the band (that's JT on the bass and Jennifer Wolfe Steele on the mic) I was asked to speak. I figured what better audience to experiment with some Clay themes. 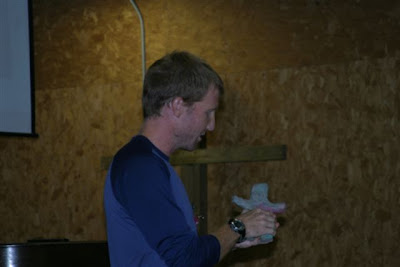 Is there any time more formative than the early teens?
I spent the first night talking about the things that shaped me when I was a teenager. You can probably guess how that turned out. 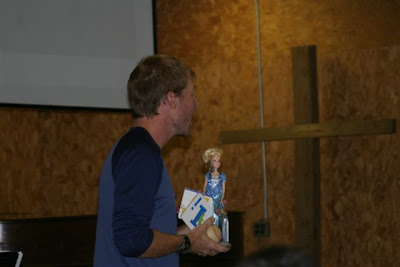 The next day we talked about what happens when we let the one who made us shape us. 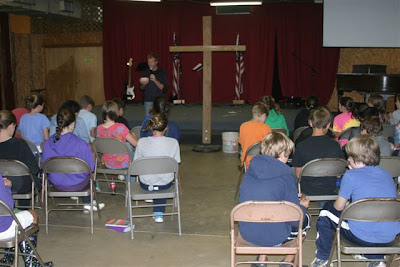 The first time I looked at this picture, I was like, 'Shoot, I've got zero attention going on,' until I realized that this picture was taken after I had given them clay and told them to pay attention to it. Ha!
It turned out to be a very transformational experience. At least for the speaker. Thank you Redeemer for asking me!
Posted by Ned Erickson at 10:38 AM No comments: 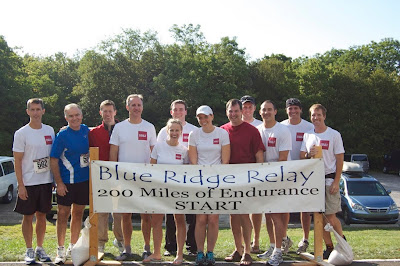 I want to shake the hand of the man or woman who came up with this. A 208 mile relay race through the mountains, through day and night, from Grayson Highlands to Asheville. 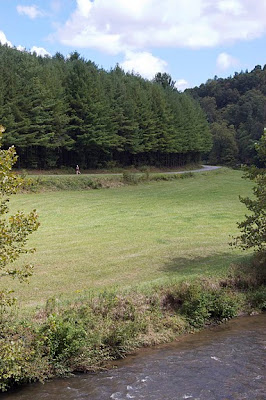 My friend Jorge (running below) only had to ask me once. That's Emily above enjoying a pristine segment along the North Fork of the New River. 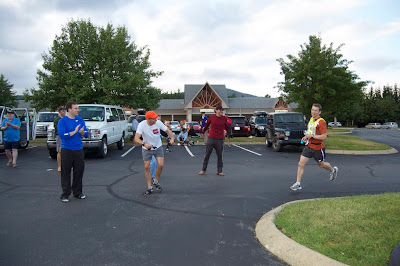 Emily and I were the only non-BB&T members of the team. Below, that's Oscar, Hernan (with four arms), Matt, and Jorge as we cheered on the Van #1 runners. 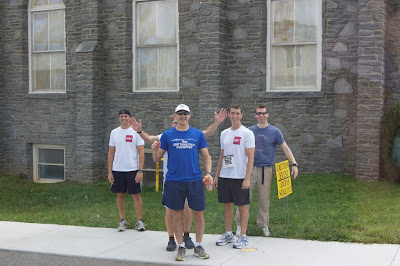 Each team member ran three legs. I totaled 21 miles for my part. We had just enough time to recover, so in Van 2 we ran each segment to the point of vomit. Now, that's team spirit. 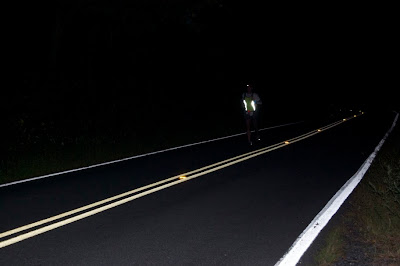 After finishing my 7.5 mile middle of the night run. I chugged two waters, ate a bagel and Snickers bar, changed into my pajamas, brushed my teeth, and then Jorge asked me to run his 3.2 mile segment with him. I said, No. Then, the excitement of the event overtook me and I tore off my pajamas, threw on my shoes, and ran after him without a vest or reflectors. I went 1.5 miles before the bagel, Snickers, and water coagulated into a giant mass in my stomach and gave me the worst stomach cramp in the history of cramps. I had to send Jorge on, but I couldn't stop or I'd be left behind. So I gutted (literally) out the last 1.7. It was awesome. 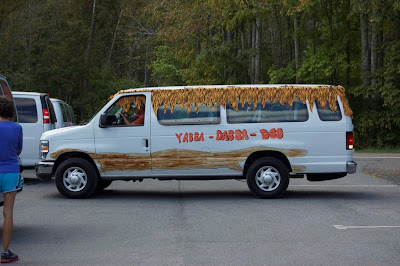 This Van is an example of the Team Spirit we were competing against. Representing a bank, we kept our van clean. (But inside, we all wanted to do something to it.)
In Asheville, we finished the last leg together, drank a beer and ate a burger to celebrate. We ended up 37th of 100something teams. Pretty good. Our Van walked down 59 runners over the course of the race (not that we were counting.)
I want to personally thank the Best Bank in Town for the opportunity to tag along. Thank you also to Lia, who let me go on the adventure. Maybe she can join the team next year!
Posted by Ned Erickson at 11:02 AM No comments:

Gangstas in the House

Yesterday, the fam went on a walk to find puddles. On the way, A-Ro and Dave Dave decided to make things more interesting by making guns out of sticks so they could shoot stuff. 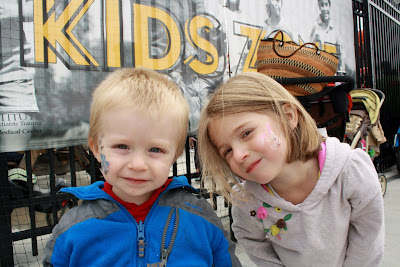 ...this was just about the time the cop car drove by...
...which inspired these words to come forth out of my daughter's mouth:
"BAM! BAM! I just shooted the police!"
Dave Dave smiled, pointing his stick-gun at me: "Bam! Bam! Daddy."
It was then I officially tossed that dream of my children one day winning the Nobel Peace Prize out the window.
Posted by Ned Erickson at 12:43 PM 1 comment: 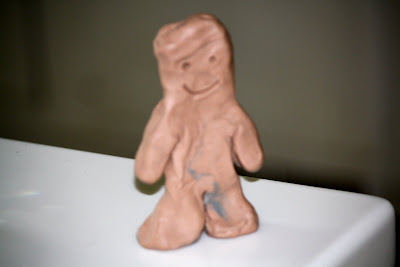 Karen, also known as El Presidente of New Growth Press, had this great idea of getting kids to read Clay. So over the last couple weeks, I've had some families take on the task. Thanks Trollingers, Gayles, and Kaufmann's.

After some encouraging reviews, I decided to contact Summit School. I called Bekah Sidden in the Guidance Office to see what interest she might muster up. I was hoping for a few courageous fifth graders. An hour later, Teresa Tsipis, one of the fifth grade teachers, gets in touch with me.

Next thing I know the entire fifth grade is going to not only read Clay, but illustrate it, give me written feedback, and even work with some clay of their own! They're practically building an entire unit around the book!

Last Thursday, I had the chance to speak to them. I had the zoom lens with me, so I only was able to fit half the room. 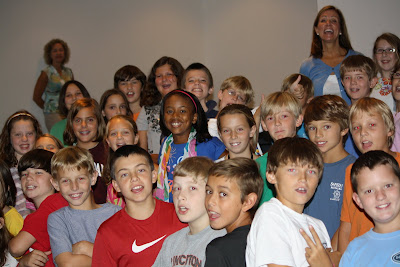 It was awesome. Bekah told me before the assembly that Teresa (top right) was a little worried that I was too humble and soft spoken for fifth graders. I had to laugh. Never have I been given such flattery.

If anyone is in Ned's wheelhouse, it's fifth graders. Fifth graders and old ladies. They love me. Everyone else, not so much.

I just hope these fifth graders love Clay. If anything, I know I'll at least get honest feedback!

Here's to you Summit! Thanks! You rock!