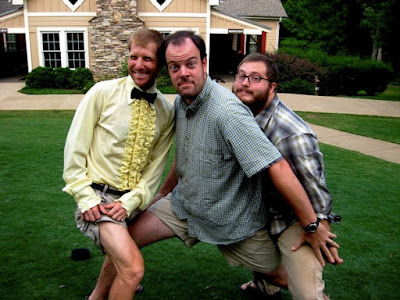 Recently, I had the privilege of roasting one of my favorite people. He is retiring from Young Life, which doesn’t seem possible as he is younger than me – that is, unless you have been on Young Life staff, which I have, and then you know it is possible.

Young Life has a way of making you both young and old at the same time. It’s one of those paradoxes. Like how I was so happy and sad for my friend’s retirement.

Well, let me tell you, it was very easy to roast my friend. His antics are legendary and his quirks abundant. Once, having lost a bet on his favorite college basketball team, he threw back a shot of hot sauce called Liquid Stoopid. One trip to the emergency room later, he survived to tell the tale. His line: “It came out hotter the other end.”

But what stood out to me was what eventually became the theme of the night. My friend’s honesty. His openness with his junk. His vulnerability about his struggles. One after another, guys, mostly guys, but guys and gals stood up and shared how my friend and his wife had lived exposed lives.

I love the NIV translation of Ephesians 5:13. “But everything exposed by the light becomes visible – and everything that is illuminated becomes a light.”

Open honesty is my friend’s legacy. At one point, I thought it was his lunacy. But with patience and over time, he has shown me by example the healing that can happen when we live exposed lives…

Posted by Ned Erickson at 4:35 AM No comments: