"Snow!" shouted David. "Get out the Christmas decorations!" 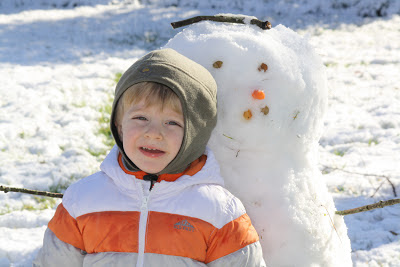 We made snowmen instead. This one had a comb over hairdo. David's idea. A first for me. 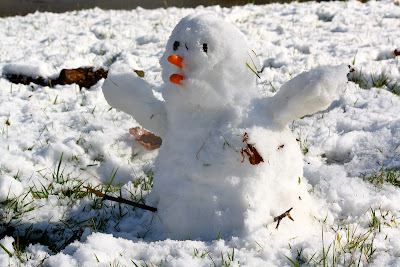 Anna Rose wanted to make a snowchicken. Another first. The beak was also her idea. Pretty cool, I must say. 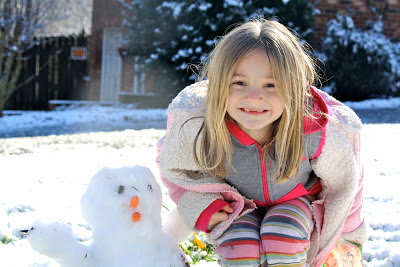 Posted by Ned Erickson at 11:45 AM No comments: 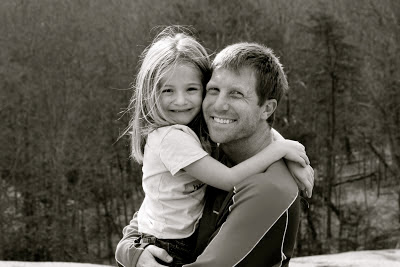 One of the fun additions this fall has been joining Adventure Princesses (formerly known as Indian Princesses). Anna Rose, I should say, "Deer Hoof" and I, "Slippery Fish" are part of the newly founded Raging River Tribe.

It's been a blast. And as Tally Keeper (Secretary) I have had the honor of documenting the fun. Here is the latest edition:

It was not a banner night for Tally Keeper Slippery Fish. Having arrived at the brightly illuminated Wigwam of Swimming Dolphin and Diving Alligator late, for no reason but sheer lethargy, Slippery Fish discovered to his great dismay that he had entirely forgotten to remind Deer Hoof to remind him to procure cans of sustenance for Senior Services as Flying Fish, Beautiful Heart, Blue Bird, Swimming Dolphin, Rainbow Trout, Golden Dolphin, Golden Fox, and Soaring Butterfly had done for their Braves who clearly must have remembered to remind their princesses to remind them as Slippery Fish had forgotten to do with Deer Hoof.

“People on this land do not have food or houses to live in,” proclaimed Golden Fox, furthering Slippery Fish’s shame.

To which Swimming Dolphin added: “People who do not have houses collect wood to make houses and collect leaves to make windows. And if you don’t have water you might get killed.”

To which Golden Dolphin replied: “If people who don’t got money because we are rich, we can give them money so they can buy stuff.”

All the princesses nodded in agreement at such wisdom.

It was then announced that the craft for the night would be how to make the perfect S’more.

At the word, the princesses burst forth into the woods in quest of a perfect marshmallow torching stick. Unfortunately, Diving Alligator had done such a remarkable job manicuring the lawn of his Wigwam, nary a stick was to be found. Thus led to Slippery Fish’s third misstep of the night.

Hoping to redeem himself, Slippery Fish took it upon himself to search far and near for marshmallow torching sticks. Venturing far into the pachysandra in the vicinity of Diving Alligator’s neighbor’s Wigwam, Slippery Fish found more than he had bargained for.

After supplying two young princesses with sticks, he came to discover that the bottom of his left moccasin was plastered with, there’s no other way to say it, dog poo.

One addition note – Slippery Fish and Deer Hoof represented the Raging River Tribe at this year’s Polar Bear Swim. Slippery Fish would like to assure the rest of the princesses that Deer Hoof performed admirably. Not only did she brave the icy waters, she also passed the swim test with flying colors. How How for Deer Hoof! 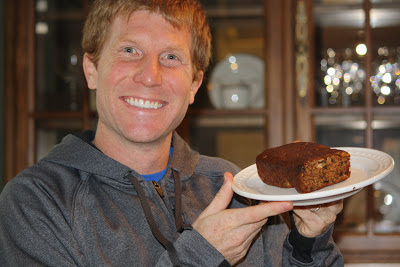 You've probably heard that there's like ten fruitcakes in the lower forty-eight states, and they just get passed around from one house to the next each year. I believe it. At least, I have done my best to further the rumor.

You see, every year my parents send me one. It comes in a cardboard box along with some Christmas presents. Now, don't get the wrong idea - my parents are great cooks. They used to teach bread making at a local community college. My dad even had his own cooking show!

The thing is - who wants to eat fruitcake? 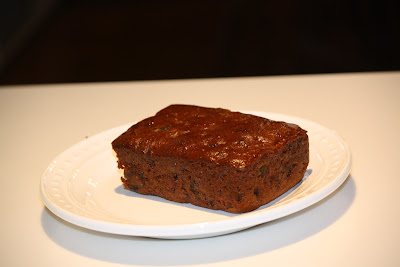 This is this year's.

So like I said, I've continued spreading the rumor by taking fruitcakes and leaving them at Christmas parties around the country. Places like at my in-law's house, which happened to be the plan this year: to conveniently forget to take it home with us after it survived yet another Christmas unscathed.

But dag blast it if mother-in-law Sue didn't get the better of me. When I wasn't looking, she stuffed the uneaten fruitcake in the bottom of one of our bags.

You can imagine my surprise when I saw the fruitcake staring up at me in between a Lego car and a T-ball set when we got home.

I'll get you next time, Sue.

So a couple days ago I was hungry. And since we had just returned from said in-laws house, we hadn't gone to the grocery store yet. My options were few; and like I previously mentioned, the fruitcake was staring at me.

I sliced myself a butt end. Lathered about a 1 to 1 ratio of butter to bread. And took a bite. It was unbelievable.

I almost didn't want to tell anybody because I wanted it all to myself. But Anna Rose caught me. And now she likes it. Lia still won't give it a try, and Dave Dave doesn't eat anything so hey - more for me.

All this to say - thanks mom and dad for the fruitcake. And to the rest of you, try something new in 2013. You never know, you might like it! 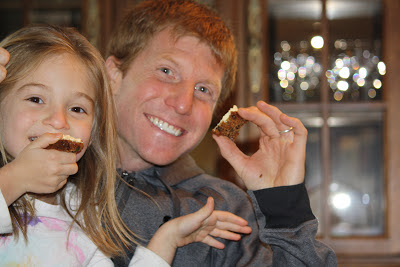 One less fruitcake in circulation!


Posted by Ned Erickson at 1:00 PM No comments: 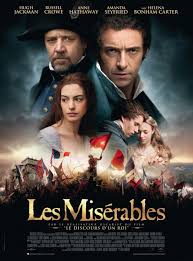 Lia and I have been shocked to read so many mediocre reviews for this movie.

We LOVED it. This is coming from a guy who has seen the broadway production, watched Liam Neeson's non-singing version, and read the book. This movie beautifully captures the essence of Victor Hugo's masterpiece.

The acting across the board, with the slightest exception of Russell Crowe, is extraordinary. As my brother-in-law put it, they performed as if they had a gun to their head.

I was blown away.

Please, do yourself a favor and disregard the critics. See this movie. You'll laugh. You'll cry. You'll clap at the end. (I did) 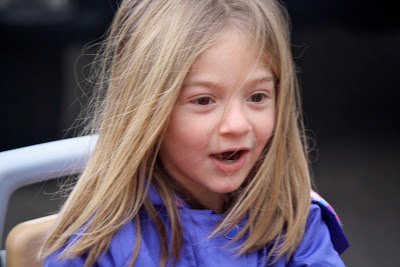 Anna Rose wanted a Jeep for Christmas. It was a big thing to ask for. Santa said, "Talk to your parents." Lia, by far the most generous person in the family, said no way. I said, we'd think about it.

Growing up, I never got anything like a Jeep for Christmas. No mark on my parents. They gave great presents. Just Jeeps weren't one of them. I wasn't sure if we were parents that gave gifts like Jeeps either.

They're so big and have so many parts to put together and are not cheap. (No matter what sheep say...see sheep for reference) But the request kept gnawing at me. Not Anna Rose, no gnawing there. It was the idea of giving a gift that was like the kind of gifts God has given me. 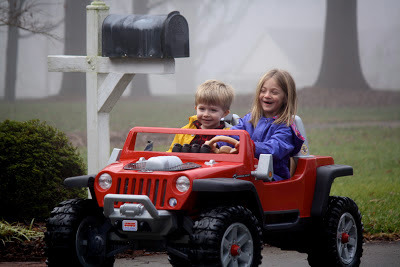 Gifts that are big and require a lot of work behind the scenes and cost a lot. 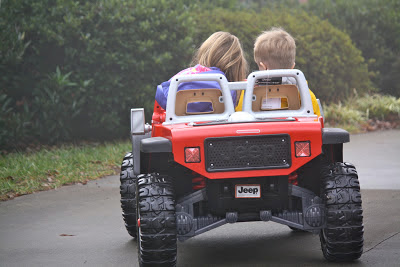 Could that be the true meaning of Christmas?

Posted by Ned Erickson at 11:55 AM No comments: