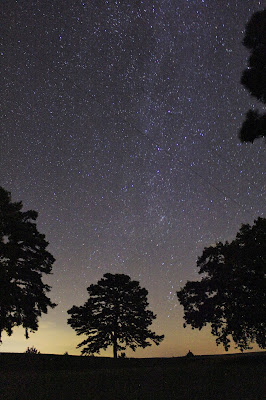 I was searching images, looking for inspiration for the cover of Clay, and stumbled upon it. This photo over the Georgia night sky was taken this year by Trevor Mork. I showed it to Robert Milam who is doing the cover for me, and he loved it, too. Then came the tracking the photographer down. A few emails and a bit of Facebook stalking later, Trevor agreed to let me use it. Thanks Trevor. What a talent.

Robert is still working on the touch up and text layout…so far it's inspiring! 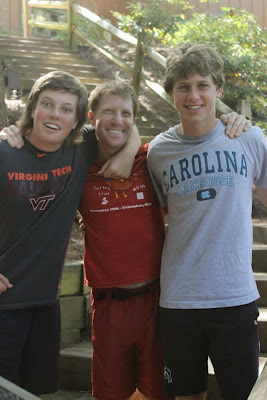 There was Windy Gap. I'll tell you, "sleeping" in a cabin with fifteen junior and senior high schoolers for a weekend will make you feel old. I think I might have mentioned it out loud a few times because my friend Jay, a senior, gave me a pep talk while we rocked in chairs out under the stars into the wee hours Saturday night. Thanks Jay. I needed that. 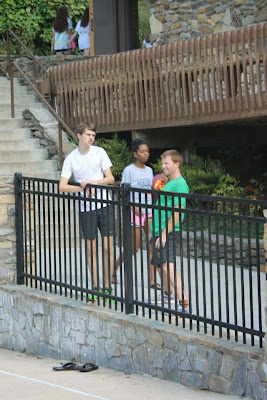 Actually, the old feeling happened earlier this summer. I injured my achilles tendon trying to run faster than I should have. Injuries happen. They happen to anyone. Of any age. But then I read the Mayo Clinic description…

Achilles tendinitis most commonly occurs in runners who have suddenly increased the intensity or duration of their runs. It's also common in middle-aged people who play sports, such as tennis or basketball, only on the weekends.

It took two months to get back running again, and I think the spring in my step might have got up and gone for good. 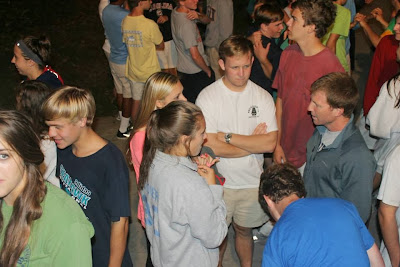 Then, I went to the doctor and next thing you know they are sending me to get an MRI and these two young twenty-something nurses are telling me it's going to be OK and let me tell you, Ned and MRI's are not OK. Somehow I made it. Lots of prayer. And one breath at a time.

Oh, the MRI was for this tumor in my arm that we hope is a shwarmanoma (sp?) or something. Supposedly even though mine is the size of a goose egg shwarmanomas are harmless. They're biopsying it sometime this fall to make sure it is harmless. If it's not, well then we will have a whole lot more to write about concerning this. Harmless or not, it needs to come out. And I'll be writing about it either way. Oh, guess what. Shwarmanomas happen in guys aged 30-50. Middle-age. Go figure. 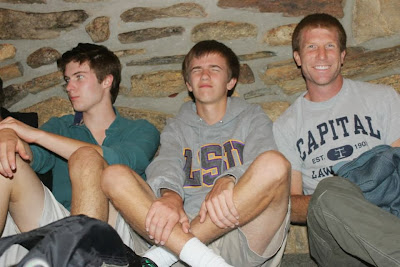 Then, this week I got laid up with something called an "ileus." I wouldn't wish it on my worst enemy. Today, I'm just having explosive diarrhea. I've never been more happy to have semi-working intestines.

All this health talk. I really am getting old.

Paul wrote that outwardly he was wasting away, but inwardly he was being renewed every day. That's my new hope. The last few months I've gotten in touch with my humanity. My frailty. Even my mortality. And I'll be honest, it's not easy. It's humiliating to not be able to do things that you used to be able to do. But there is also this new comfort with my limitations that I'm also starting to enjoy. 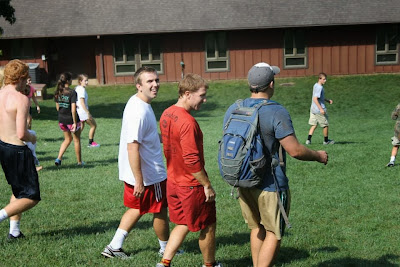 Posted by Ned Erickson at 12:35 PM No comments: