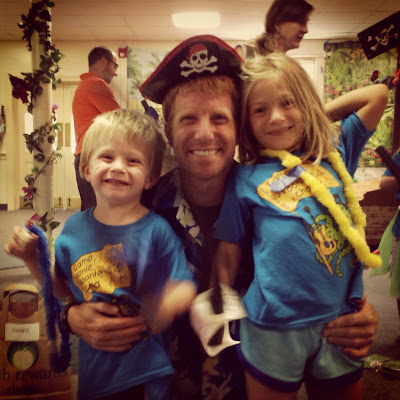 Three years ago, my daughter attended this Winston-Salem tradition. Camp Oonie Koonie ChaOonie Koonie Cha, run by five Music Care teachers from the area, is on the surface what you might imagine it would be: a music camp. Dull. Boring, right?

Well, I was blown away. This was hands down one of the best camps I'd ever seen. The next year, I ran into one of the ladies and told her so. The long and the short of the conversation led to me being invited to audition for her role (she was retiring after 15 years!). Well, low and behold I got the job. 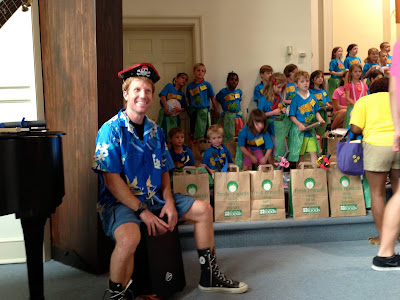 So for two weeks this summer I was not Ned, not Daddy, but Shnivel the Pirate. Wow! I now have an even greater appreciation for all preschool through second grade teachers. I was whupped. But boy oh boy did I have fun.

Thank you Beth, Amy, Amy, Claire, and Sandy for taking a chance on me. As well as Serah, Josh, Kelsey, and my other partners in crime who made this summer so fun for the kids of Winston-Salem and beyond.

Next year's theme is DINOSAURS. Hope to see you all there! Go to Oonie Koonie Cha to see pictures and learn more. 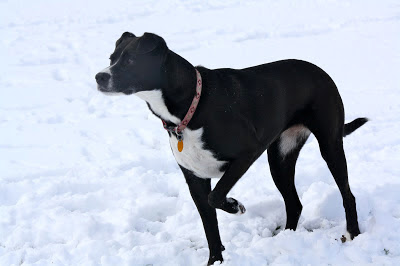 Poor Winnie had a rough time of it this past weekend. On a walk with Casey and Leela, Winnie took off into the Christmas Trees after what Leela figured to be a bunny only to find Winnie rolling her nose in the grass having been sprayed by a skunk!

We attempted the old wives remedy of tomato juice. I splurged and got organic though really it wasn't splurging because it was the same price, and actually it was a waste of money because it doesn't work and only made Winnie look like she was bleeding out the head.

We learned a lot of things that night. We didn't exactly have the right quantities of ingredients, which was ok with me since I consider recipes as "suggestions" whereas Leela thinks of them as "rules." But since she wanted nothing to do with our skunky dog, I was free to make any concoction I wanted. I went with the liberal strategy and went heavy on the dish soap - it having the strongest scent.

It worked. I'll leave you with the recipe. 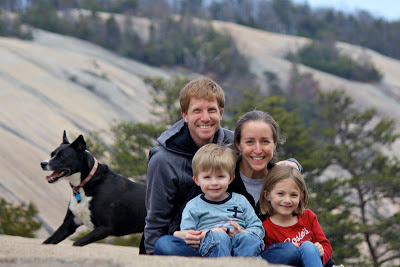 Winnie's swim in the pond the next morning got most of the suds out.

Unfortunately for her, the poor dog's trials were not over.

For the sake of time, I'll omit the part with the nine kids chasing her around, and I'll leave you with the sad climax. As we were packing up, poor Winnie took a whizz on some clover, yelped and took off running. Turns out dogs can get stung on the fanny. Who knew?

Needless to say, Winnie's little heaven on earth felt a little more like the other direction. It brought a whole new meaning to the old saying: "Every dog has its day." 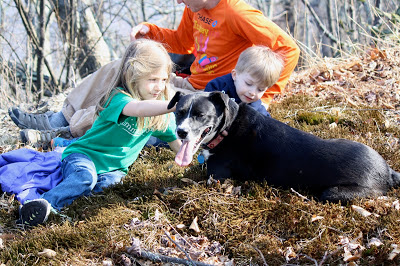 Posted by Ned Erickson at 11:36 AM No comments: 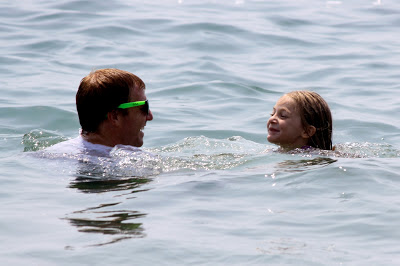 Posted by Ned Erickson at 5:08 PM No comments: