My Favorite Things All Mashed Into One 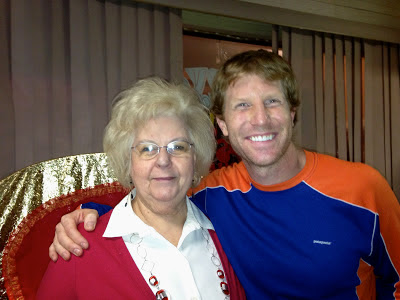 I have been eyeing this place for awhile now. It's called the Allegheny Jubilee. From the looks of it, the joint looked like a bluegrass-squaredancing-clogging-party-my-kind-of-place. I had never seen it open. Friday and Saturday nights in Sparta we're usually half asleep by seven putting the kids to bed.

So when we were thinking about things to do with the Young Life leaders - it dawned on me that this was my chance to see what the Jubilee was all about.

The week before, I decided to stake the joint out. So I show up with my family and in-laws at seven and the place is empty, the door is locked and the lights are out. But there was a phone number. I called it on the way home and got Agnes.

I asked Agnes why they weren't open. She said the band from Winston cancelled on them for fear of bad weather. Bad weather! Come on! I said. I know, she replied. So I told her that the following weekend I was bringing up college students and was wondering if there'd be a band next Friday night. Agnes told me that they didn't do shows on Fridays in the winter.

I told Agnes that if they did do a show on Friday it would be a party they would never forget. She told me that they didn't have a band. I told her that from the look of their billboard the Rise and Shine Band liked to play. I asked if I could get their number. She said that her husband played in the band. I said, well can I talk to him? She said, "Honey, do you boys want to play next Friday?" I said, Tell him we're bringing forty college students.

Agnes said, Did you say forty? I said, Yes. She said, People? I said, Yes. Then she said, Yeah, they'll play. I said, Great. And she asked, Can we make signs and invite the locals? I said, PLEASE!

Look what she made us! 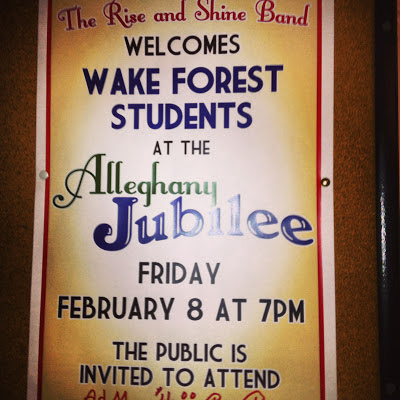 She gave me a hug when we got there.

And we gave them a night that none of us will soon forget. 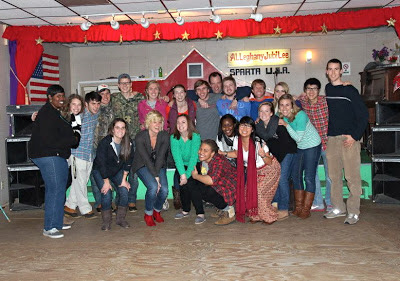 Thank you Agnes! Thank you Allegheny Jubilee. Check out their website and go visit them yourself some time. We went with our dear friends Kim, Crick and Ellory last weekend. Check out this video to hear Dave Dave's laughter.


Posted by Ned Erickson at 6:41 PM No comments:

"Anna Rose, I need to come up with a great idea for Valentine's Day for Mommy."

She thought a while then shot up in her booster seat. "I got it! Let's make a huge card the size of a wall!"

This is what we ended up with: 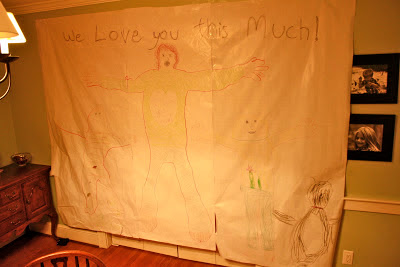 Pretty cool. Anna Rose did the tracing. Dave Dave put on the stickers. I wrote the words. It was a team effort.

We unveiled it on Wednesday morning. Thursday, Lia and I went to a winery for the afternoon. Weathervane Vineyards in Welcome, NC. The owner is the grower, wine-maker, and wine tasting guy. He does it all. He even bought a billboard while he was serving us.

If you look closely, the picture below is from another vineyard. We forgot to take pictures. 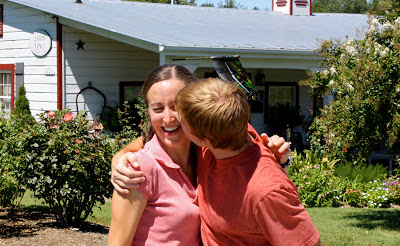 On the way home, we stopped by Bojangles for a couple chicken biscuits. How about that for a Valentines dinner! Then, I was off to speak at Intervarsity at Wake Forest. Not the greatest romantic ending to a Valentine's week. But not bad either. The best love we experience is the love we share with others.

Happy Valentines week to you, Leela. I won't double book next year. I'll try not to. One of these years, we'll get this right.

Posted by Ned Erickson at 4:47 AM No comments: 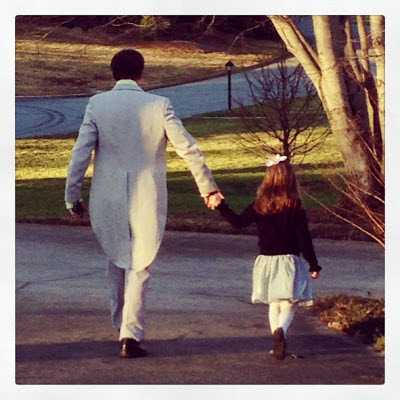 Now that there are two women in my life, I get to celebrate Valentine's Day twice. Anna Rose's was last Saturday thanks to the Daddy Daughter Adventure Princess Dance.


The Raging River Tribe went all out. First, dinner at Forsyth Country Club. Then, off to Winmock for the dance. We killed it I must say. One of us, I am forbidden to say whom, even cleared the dance floor with his break dancing skill. 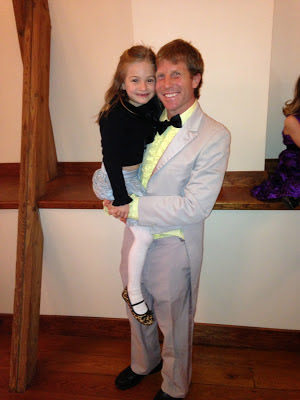 Anna Rose and I had a blast. The highlight for me, in a night of highlights, happened during a conversation we had while we were taking a dance break for cake. Anna Rose looked at me and said, "When I get married, I'm going to make my husband take our daughter to this." 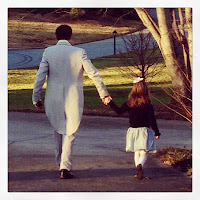 You're next, Leela.
Posted by Ned Erickson at 11:26 AM No comments: 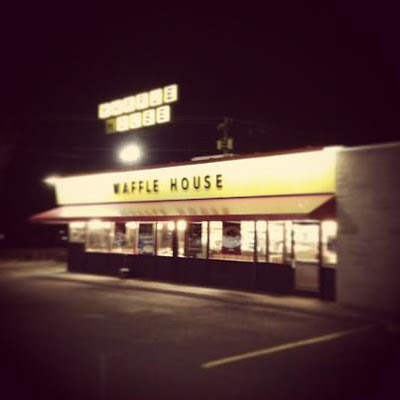 Ah. The Waffle House, where all great dreams begin.

It was an appropriate subject for my first picture on my new phone, no phone is not the word for it - high capacity digital media rectangle - that's better - it's like if Disney World was shrinked to the size of a cigarette box.

Last week, Lia and I "upgraded" to high capacity digital media rectangles. I am not ready to call these contraptions "smart" yet - at least not in regard to the decision to get one. But they are pretty snazzy.

And like most plunges Lia and I have taken in our life, we have gone all-in with this one. We are facebooking, instagramming, angry-birding, even tweeting! this, coming from a guy who thought # meant pound.

(Confession. I actually thought the word was "splashtag.")

I still don't know what it does - but it hasn't stopped me from slapping them on every tweet I've tweeted so far.


So anyway, it feels great to be back on the blog. The platform has served me well. So, until next time - happy tweeting.

Posted by Ned Erickson at 12:35 PM No comments: