We introduced ourselves to each other and took care of a couple administrative things. Then, we started to walk to the old GMAC Building for a luncheon and decided it was too sweaty so we jumped in cars.

I like starting off the year with the big picture. There isn't a much better picture than the 17th floor!

Steve Lineberger gave our official welcome this year. As the President of Winston Starts, I couldn't think of a more appropriate person to help this program Start Well!

We continued our tradition of Board Members going around and giving a charge to the Fellows. I wish I recorded it - they were awesome.

Thanks to the Ickes family, we were able to jump into the year at one of my favorite places in the world.

It truly is. I love Lake Norman. But also, this lake house is the place that Lia and I first became friends (see Chapter 1 of my book Falling Into Love). It is also the place I asked her out a year later.

It is now the place where these 11 Fellows and I became lifelong friends.

We had a mix of community building, singing, giving talks, discussing, going over details, getting to know each other and having fun. I learned a new game called Spicy Uno.

One of the things I love best about North Carolina is that we have beaches, lakes, AND mountains.

So after cleaning up after ourselves, we headed up to the Sparta area for a few days in higher altitude.

The weather was unreal.

The first night we had breakfast for dinner or "Brinner" as they like to say.

We had a time of worship. I gave another talk, and then we headed out for a surprise night hike to the top of Bluff Mountain. The moon was almost full so we hardly needed our flashlights. Unfortunately, the stars weren't as bright also because of it. But we did see a few shooting stars and had a heated debate on who would win: a trillion lions or the sun.

The next day after morning prayer and devotions we packed lunches and headed up the road to Grayson Highlands State Park to look for wild ponies an climb some rocks. 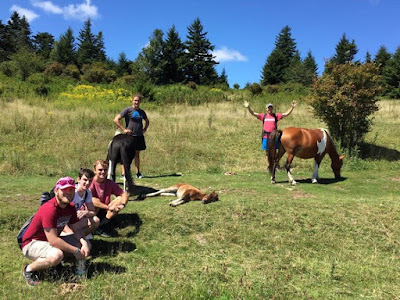 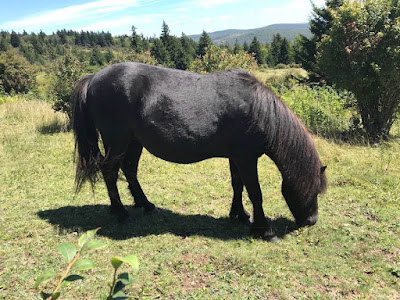 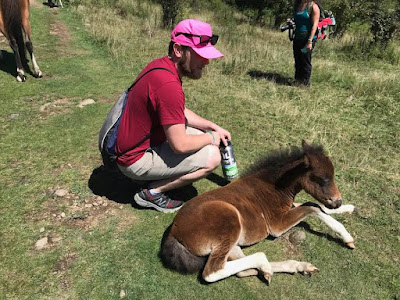 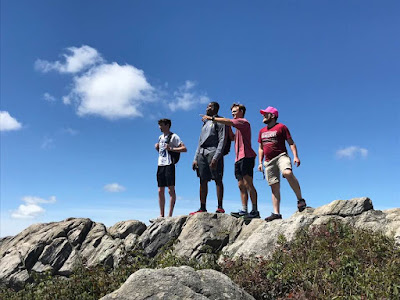 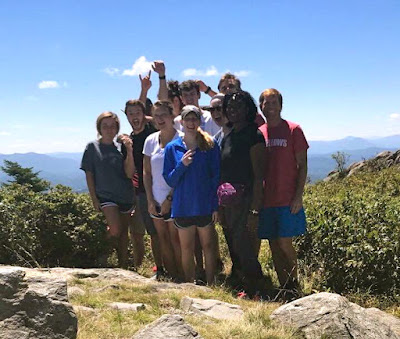 We came home and worked through our third session of going over the handbook. Then, we cooked a Mexican fiesta. After worship and a great discussion about community, we settled in for family game night.

I haven't cried laughing like that in a long time.

We continued a tradition that we started last year where we go around and share things we love and admire about the person whose birthday it is.

You would think that after three days we wouldn't be able to each come up with something. But we did.

If that's not a sign of good community, I don't know what it is.

Arriving back in Winston, the Fellows moved into their host family homes and met up at the Winston-Salem Open for the Finals.

After the match, the Fellows had their first shot at networking... 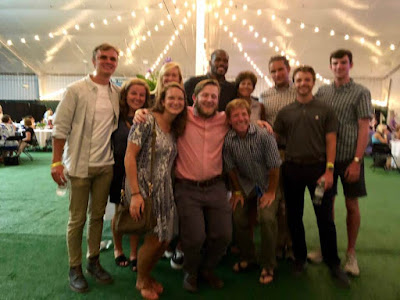 The Fellows headed off to their respective churches. I did not rush to each church as I have in the past. A good move.

That evening, we had a Welcome Celebration to officially end Orientation. Host families, church partners, friends, and former Fellows were all in attendance.

Well, the Fellows are off to their first day of work.

Tonight, they will be heading to my house for Round Table.

Wednesday, we have our first Leader Lunch with John Bost and then mentor training with Bill McClain. How about that for a double bill!

Friday, I am giving us a break and we are going to have a chill day at Hanging Rock State Park.

We would love for you to partner with us this year by supporting the Fellows financially.

or give online at

I can't tell you enough how thankful and honored I am to be your Fellows Director. I truly have one of the best jobs in the world.


Keep sharing the story and spreading the love!

Posted by Ned Erickson at 6:55 AM No comments:

On Wednesday, we celebrated one of the all time great Fellows on the day before her cross-country trek to begin her new life in the San Francisco Bay Area.

I'm happy to say that we are getting close to stemming the tide.

The good news is the Fellows year is going to happen whether the list gets done or not!

A few highlights from the week!

On Tuesday, we had a meet-up at Fiddlin Fish with some of the new Fellows for Trivia Night. We finished mid-pack, but a good time was had by all. Grace Mezzy and Sarah Wilkins surprised us with a visit.

BACK TO SCHOOL BASICS

Lia was asked to come on WBFJ radio's morning show to chat about back to school prep. She got to give a shout out to her clinic in Waughtown! She told me later that she likes radio much better than television. Ha!

On Wednesday, we surprised Grace Mezzy for a little going away party!!! Well done Natalie Bayer and Ashley Trewhella for the party planning! 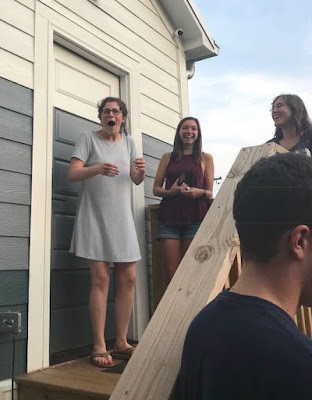 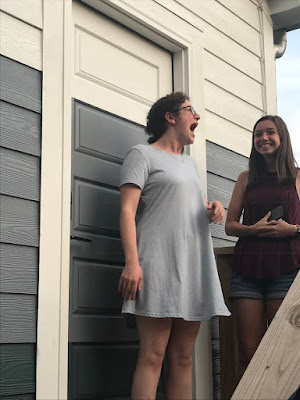 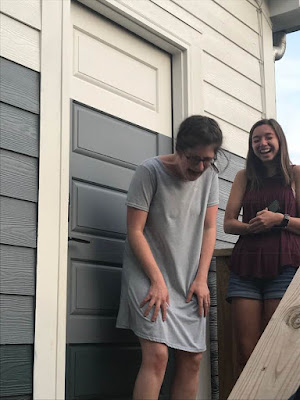 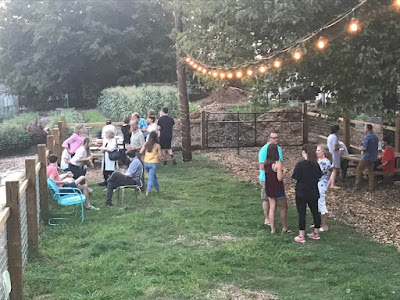 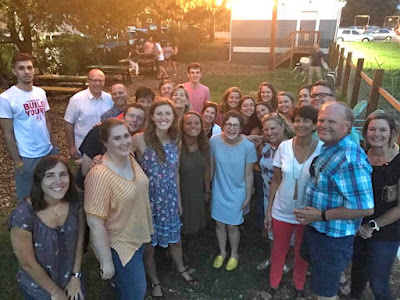 We got the chance to serve our friends at Samaritan's Inn on Thursday. I got to do the solo 12-2 shift. I know they have cameras, but hopefully they don't record because this guy's phone kept ringing and I ended up dancing to the ringtone to stay awake from about 1AM to about 1:45AM! 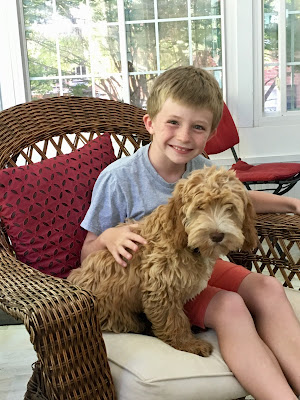 18 years ago I wore this exact same shirt for our rehearsal. It didn't fit then, and it doesn't fit now. A Little Secret: It's actually Lia's shirt from high school! It never fit her either. But we do. We fit. The last 18 years have been better than I could have asked for. I can only imagine what the next 18 years have in store. Looking forward to it. And cherishing this moment. 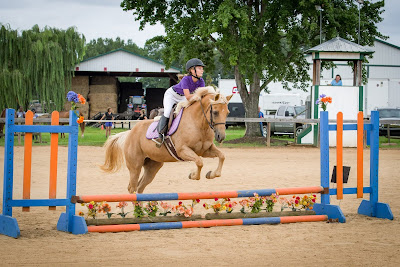 Lia and Anna Rose competed in a horse show on Saturday.

Here is Lia's round with my commentary - it's pretty funny. 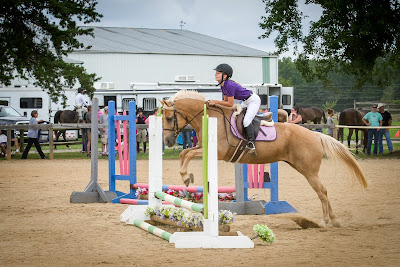 SMALL GROUP ON THE LAKE

On Sunday, after getting coffee with Abby Holdsworth and her family and going to two worship services (Andrew Wild slaughtered it!) we spent the day at the lake with our small group. Thanks Whitworth/Steeles!

I succumbed to peer pressure and did way too much tubing with the kids.

David conquered his fear of heights.

NOW HERE WE ARE!

IT ALL BEGINS THIS WEDNESDAY!

11AM August 22nd - the 2018-19 Fellows will launch. We begin with a four day orientation trip at an undisclosed location. Saturday we will return for a community event. Sunday they will be installed in their respective churches. Sunday night we will have a Welcome Dessert. Monday morning they will officially begin at work!

So be prepared: next week's UPDATE is going to look a lot different than the updates over the last few months.

Hi Ho Here We Go! as my friend Ash says. 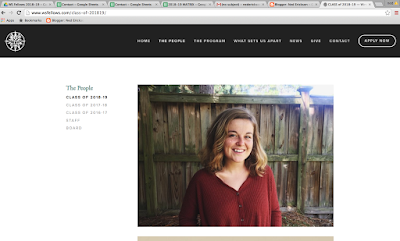 Be sure to visit our website to see photos of our new Fellows. I will be filling out their profiles soon.

This week is big! A couple things to highlight:

Reminder: Shmedfest is next Saturday August 25th from 4pm to 10pm.  Signup here: { Shmedfest Signup } by August 22 so we can have enough delicious K&W food and RH Barringer/Pepsi/Carolina Cocktails drinks.  New to this great community, family event to raise funds for Crisis Control? Listen to a recent podcast from the Downtown Winston-Salem Partnership to learn about this exciting event and its recent move to the WS Fairgrounds!

Sunday: Church Installation in the morning. Welcome Dessert at 7pm that night.

Thank you for supporting the Fellows. If you feel led to financially support us, please do so by mailing checks to

or give on line at wsfellows.com/give

Keep sharing the story and spreading the love!!!! 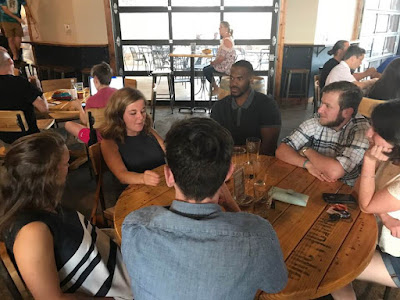 Posted by Ned Erickson at 6:02 AM No comments: