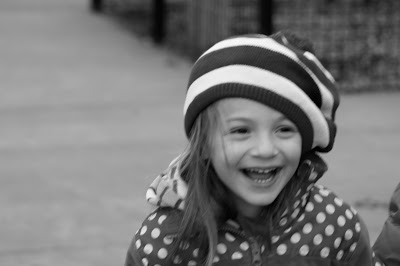 I was picking A-Ro and Dave Dave up from childcare at the Y. Dave Dave did his usual "Daddy Came Back" chant. A-Ro was lounging on the sack chairs...with a boy!
"Daddy, Daddy!" she shouted when she finally looked up from the book she and the boy were "reading."
"That's the boy from the park yesterday. His name's Gabriel!"
Lia had taken the kids to the park yesterday afternoon. I heard about this boy. The first thing A-Ro told me when I got home was about this boy. All through dinner I heard about this boy. And here he was, Gabriel, smiling at me. No, he was smiling at my little girl.
So A-Ro and Dave Dave run out the door and as I go to follow them Gabriel comes up to me. He looks at me with these sweet, puppy eyes and asks, "Can I kiss Anna Rose?"
My eyebrows furrow. My hands go to fists. I say, "Not so fast, buddy." I glare. My lip curls. "Try me again in 16 years." 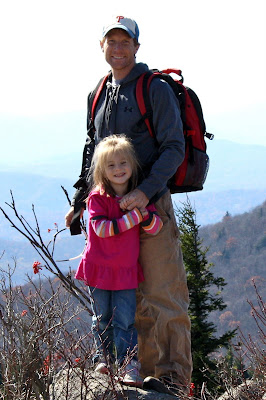 ...five years old and already breaking hearts...why should I be surprised? She stole mine a long time ago.
Posted by Ned Erickson at 6:32 PM 1 comment: 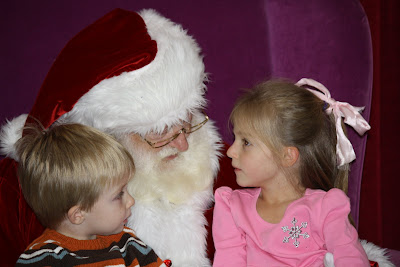 It all starts with the visit with Santa at the Mall. We shed no tears this year - that's not entirely true - I shed one thinking that we might be past the years of shedding them on Santa's lap. 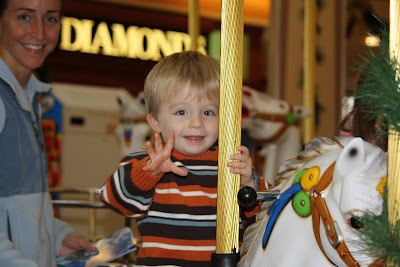 Dave Dave asked for a reward for having to sit on Santa's lap. He got it. 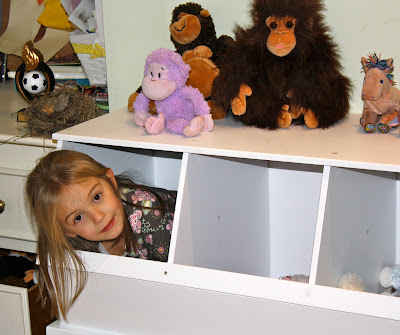 Anna Rose received "bins" for Christmas. We opened these several weeks ago in preparation for the things she might receive on Christmas. 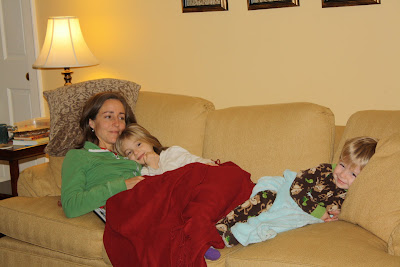 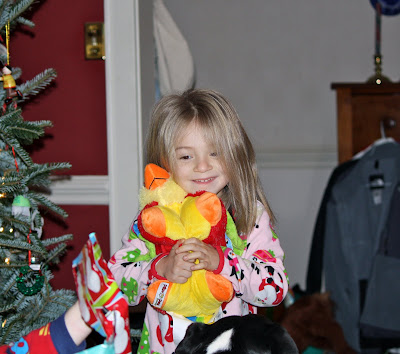 On Tuesday, December 20th we celebrated Christmas. This makes 10 out of 12 Christmases for Lia and I celebrating Christmas early. It took three years of asking, but Anna Rose finally got her parrot pillow pet. 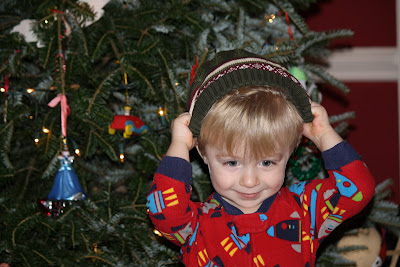 Dave Dave insisted on putting his present on by himself. 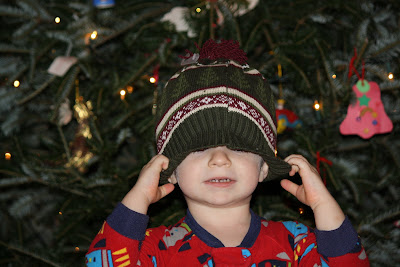 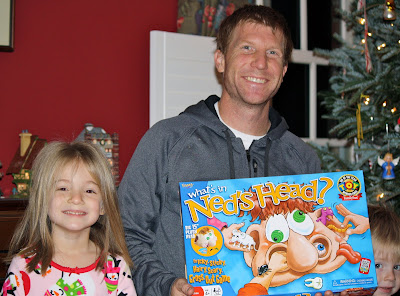 My parents bought us a board game called What's in Ned's Head. You stick your hand in Ned's ear or nose and pull out the things that are inside his head like his "pea brain" and his "mouse from his science experiment" and his "pet spider" and "stinky cheese" and "space alien".
Amazing. How did they know this stuff?
Merry Christmas everyone. The 25th will be here soon.
Posted by Ned Erickson at 5:18 AM No comments: 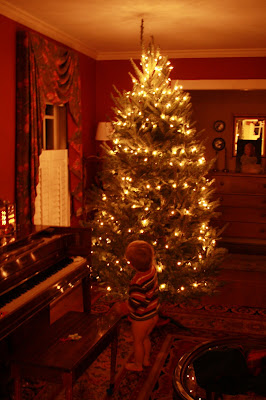 Posted by Ned Erickson at 12:16 PM No comments:

How Have You Bin? 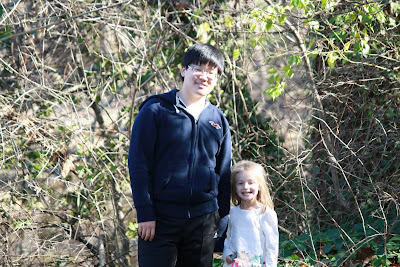 Bin ("Bean") is my new brother and my parents' foreign exchange student. I had the fun of meeting him for the first time over Thanksgiving.
Lia and I were a little bit nervous about having him. My parents warned me that he has eaten them out of house and home. They have also had difficulty motivating him to get off the couch. Plus, the week before Bin had a "hot noodle accident" that landed him in the hospital (long story).
So anyway, Lia and I were anxious. Our children, of course, were not. Anna Rose had a friend she could play Wii with. Dave Dave had someone he could show his cars to. Bin also took easily to them. 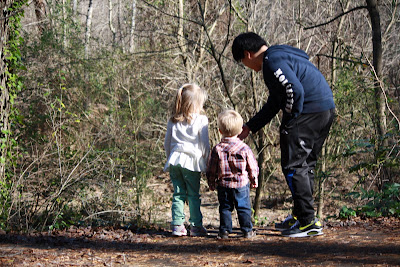 Our anxieties were quickly quelled. He really was a great house guest. And it was Thanksgiving so there was plenty of food.
The highlight for me, though, was watching Anna Rose. I was washing the dishes one afternoon when I heard from the other room: "Bin, do you believe in God?" Bin answered: "No." Anna Rose then asked: "Well, what DO you believe in?" Bin answered: "Games." "GAMES!?!" said Anna Rose. "Why would you believe in Games?" Bin didn't have an answer for that.
I peeked in at this point. Anna Rose had walked over to the Nativity she had made out of Legos earlier that week. She grabbed Jesus from the manger and carried it back to Bin. "So you don't believe in Jesus?" she asked. "I don't know him," said Bin.
Anna Rose couldn't believe that piece of information. So off she ran. A few seconds later, she handed Bin a Bible. She opened to the picture of Baby Jesus. "I can't read yet, so you will have to read it to us," said Anna Rose. Bin tried to explain that he was not the best at reading either, but Anna Rose would not be deterred. 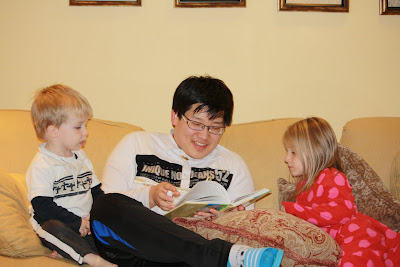 And so that is the reason Bin is reading the Jesus story to my children on our couch.
Posted by Ned Erickson at 11:48 AM 4 comments: 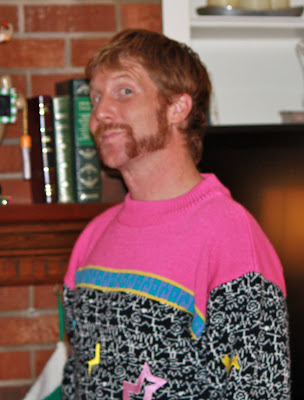 No shave November ended a day early - November 30th I had a meeting - the kind of meeting that wouldn't appreciate the finer things like "The Snake" - which I dubbed the beard-do above.
But it ended well - with the 3rd Annual Showing of Christmas Vacation. This year, Lia and I didn't dress as any character in particular. I simply chose a sweater representative of the period.
"The Snake" is timeless.
Posted by Ned Erickson at 12:46 PM 2 comments: