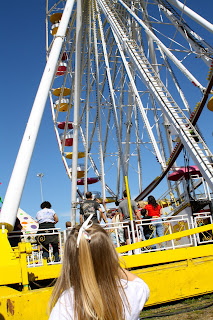 I can't decide whether the county fair is the greatest or worst thing America has to offer. Here in Winston-Salem we have the Dixie Classic Fair. It is classic. It's got the rides, the games, the food, the celebs...Rick Flair made an appearance Saturday Night! Rick Flair! Sure, the guy hit his prime twenty years ago, but would you arm wrestle him? There is a lot about the fair that feels a bit twenty years ago. The thing is I can't decide whether to call it dated or vintage. That's the conundrum. Is it awesome that I can ride the very same Zipper that I rode when I was a teenager? Or is it troubling? 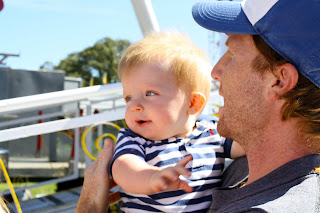 My kids think the fair is cool. And there is not a little joy in that. David rode his very first Ferris wheel. The Ferris wheel carny did make me pay for him. It cost $16 for the family to have the three minute experience. But hey. He rode a Ferris wheel.
Daisy and Anna Rose went on a pony ride. That was cool. It was Daisy's first time ever in the saddle. That was cool. I stepped in poo. That was not cool. 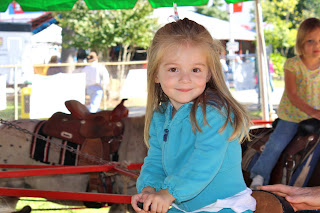 Then there's the elephant ears. Where I grew up, we called them funnel cakes. They call them funnel cakes down here, too. It just depends which row you are walking down as to what they are called. I bought the family a funnel cake. I told A-Ro it was an elephant ear. We all partook. Ravenously. Until about halfway through when we all got stomachaches. The worst part - it tasted so good, we just kept on eating. It was awful. I never felt so sick in my life. 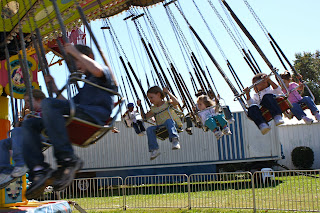 Then there are the carnies. I mean, don't get me wrong, it's nice that we can provide decent employment for men and women with felonies on their record. Who knows, I might need a job someday. It's just...I don't know what I'm saying...I guess to me it's just a little unsettling that we give them the controls to the Viking Ship.
And the germs. At Lia's office, the Dixie Classic Fair is the unofficial official beginning to the flu season. From 8-10am, her practice provides a walk-in clinic. The week before the Dixie, they averaged about 30 patients. The Monday after the first weekend of the Dixie, they saw 88.
But then, there's this. 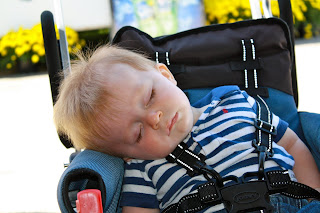 You should move to Macedonia. All rides are 50 cents, and the littlest ones are always free. There are drawbacks of course. The ferris wheel never was working, and you have to not mind your child riding in a tank (complete with pretend machine guns) on the merry-go-round.